Reducing environmental pollution and achieving sustainability are the key factors for Vietnam’s fashion and textile manufacturing industries to maintain their competitive edge, according to academic researcher. 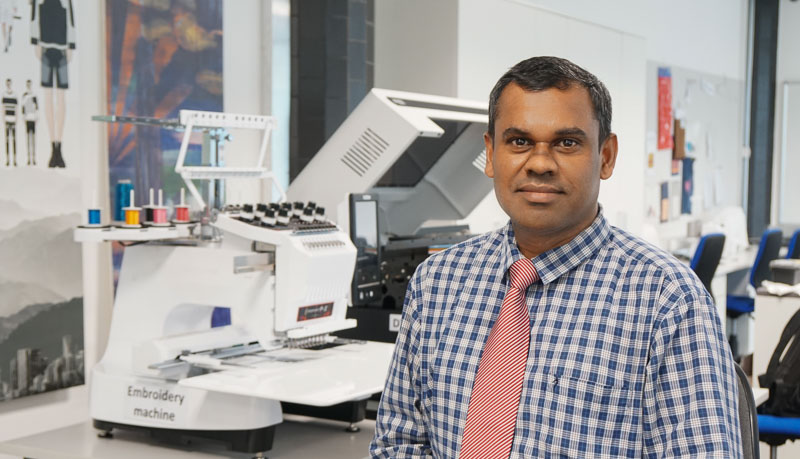 “The drive to continue with low cost manufacturing using traditional technology has had a huge impact on the environment due to significant energy and water consumption, greenhouse gas emissions (GHG), hazardous waste generation, and the discharge of toxic effluent,” Dr Nayak said.

“An astounding 20 percent of water pollution is caused by chemical processing, like dyeing and printing.”

“Discarded clothing is also a major concern for landfill in many countries including Vietnam,” he said. “In the UK for instance, more than 1.5 million tons of fashion waste was sent to landfill in 2016. The major consequences from that include the release of the GHG, chemical leaching into the soil, health issues and high air pollution.

“This is greatly impacting human health in addition to other living organisms.”

Dr Nayak placed great emphasis on the ‘environmental’ aspect in the Triple Bottom Line (TBL) of sustainability (environmental, economic, and social): “Fashion and textiles produced by sustainable practices can alleviate the ecological and social strains, and provide an ethical choice for sustainable-conscious consumers to buy sustainable products.” 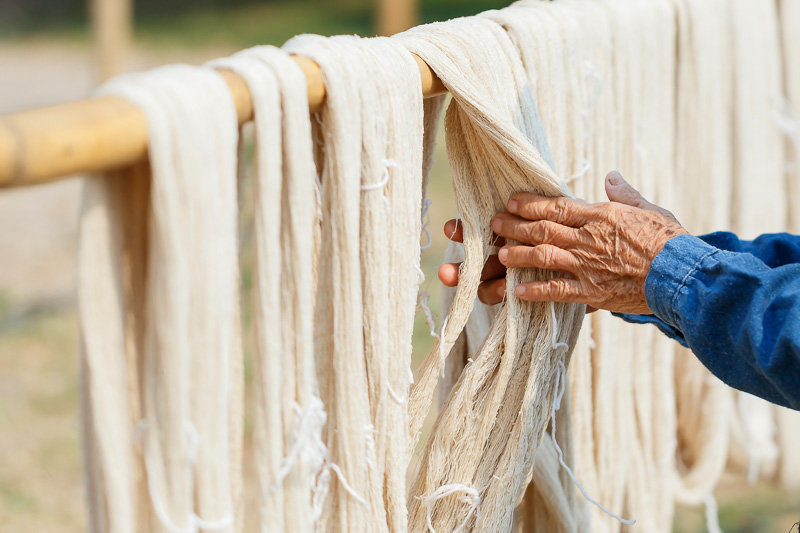 Dr Nayak believed that the growing export market for textiles and garments as well as the recent EU-Vietnam Free Trade Agreement (EVFTA), will push Vietnam to become a self-reliant fabric manufacturing country.

“About 70 percent of textile and garment manufacturers in Vietnam use imported raw materials,” Dr Nayak said. “And of those materials, nearly 50 percent gets used in products that are then exported.”

Countries like Vietnam that are dependent on China for raw materials and other supplies, have faced operational challenges due to the disrupted supply chains that resulted from COVID-19 citywide lockdowns in China.

Vietnam alone experienced a drop of 6.6 percent (year-on-year basis) to $10.6 billion in garment exports during the first four months. Import of the raw materials in the same period dropped by 3 percent to $5.2 billion.

With a growing export market demand for textiles and garments, as well as the recent EU-Vietnam Free Trade Agreement (EVFTA), Vietnam will need to be self-reliant on fabric manufacturing to meet demand and the EVFTA fabric-forward rules of origin.

“The EVFTA will definitely boost Vietnam's garment export to the European market,” he said. “However, the major challenge is getting the right quality fabrics in Vietnam. The fashion and textile industries will need to enhance the fabric quality to comply with the EVFTA rules of origin. This is considered to be the largest barrier for garment and textile producers, as several fashion manufacturers currently import fabrics from mainland China and Taiwan at a far lower cost.”

“Vietnam's fashion and textile manufactures should also focus on sustainable manufacturing practices to be competitive in the global market, which will require investment in new technologies and sustainable materials.” 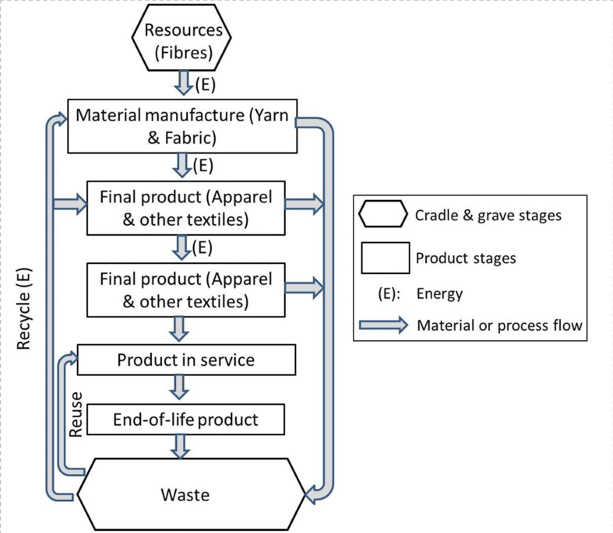 “Fashion brands, manufacturers and retailers are increasingly preparing to adopt this new production practice in order to save our planet and people,” he said. “The use of advanced and sustainable fibres, and other raw materials [renewable and biodegradable] are critical for sustainable fashion and textile manufacturing.”

“The use of natural colouring materials for dyeing and printing and natural finishes to achieve various functionalities in fabrics is also gaining impetus, as well as recycling end-of-life clothing and plastics into new textiles.” 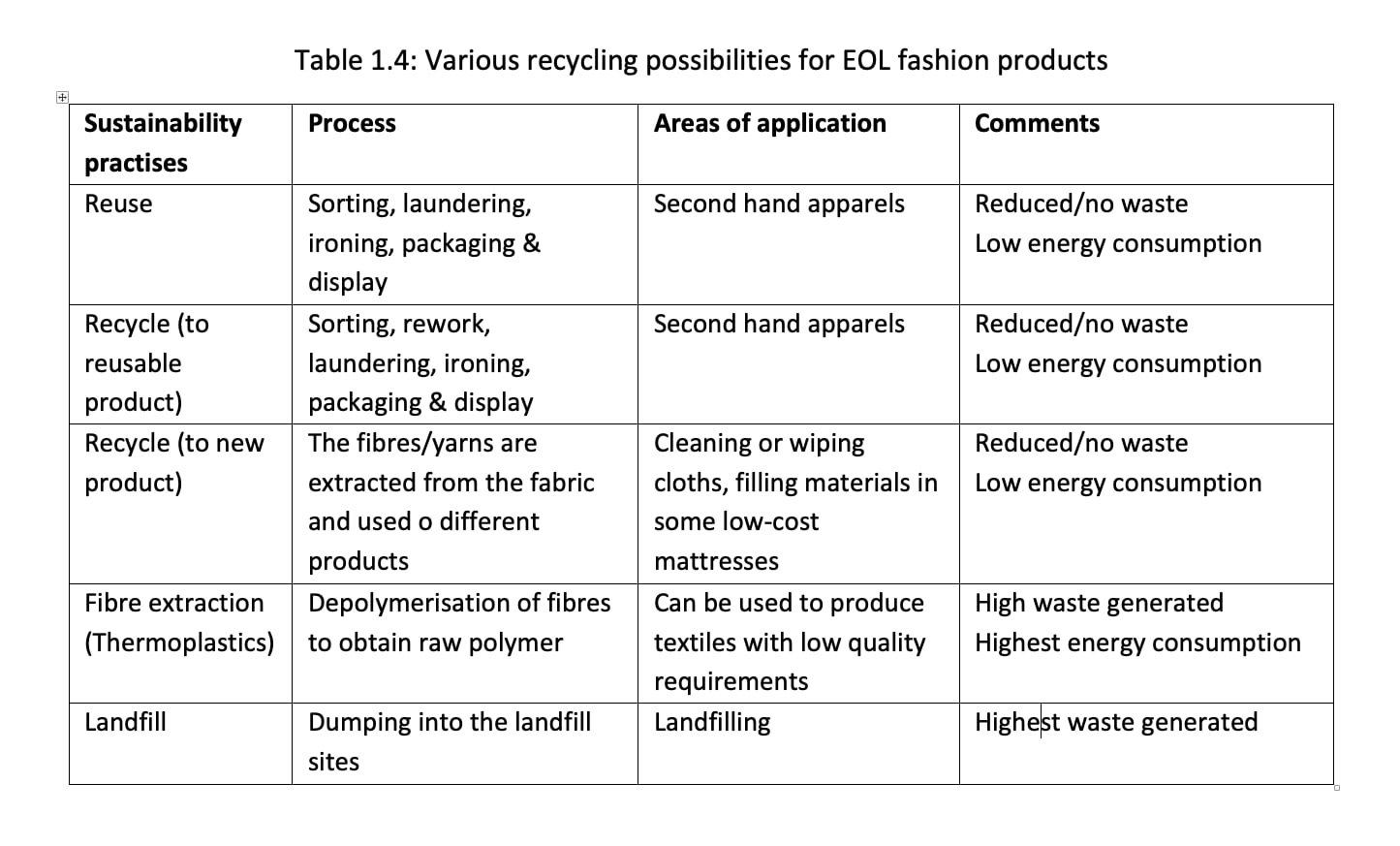 Over the last decade, the concept of fast fashion has revolutionised the fashion industry, where new fashion styles are available every week. The ‘throwaway culture’ has been developed as a result of easy availability of low-priced high street clothing and the success of major brand retailers.

“Landfill and incineration remain the major methods to deal with fashion waste in developing countries,” he said. “This may be attributed to a lack of consumer awareness on issues relating to fashion and textiles, a limited number of organisations dealing with recycling and reusing, a lack of environmental control systems, financial constraints and a lack of governmental legislation.”

“Some of the fashion brands, such as H&M, Zara and Marks & Spencer, have initiated the process of collecting used clothing in exchange for in-store discounts.”

“Waste regulations and standards should firmly be enforced, enhanced consumer awareness for postconsumer waste should be broadcasted and translated into action, the utilisation of textile waste should be adopted to reduce the waste volume, and a closed-loop recycling system should be created to help combat this,” Dr Nayak said.

A shift in focus for RMIT University’s fashion program has placed it in the best position to produce work-ready graduates for the global fashion industry.

Shifting creative study programs, such as design, into an online environment might be met with scepticism in conventional higher education, but the recent success at RMIT has subverted this idea.

Reducing environmental pollution and achieving sustainability are the key factors for Vietnam’s fashion and textile manufacturing industries to maintain their competitive edge, according to academic researcher.

Bachelor of Fashion (Enterprise) student Quang Le has been chosen by pro basketball team Saigon Heat for the 2020 VBA Draft. He links his elevation in the sport to the support he has received through RMIT’s student basketball club.