Coach Park Hang-seo: From the shadow to mainstream

Coach Park Hang-seo: From the shadow to mainstream

Korean coach Park Hang-seo has had an illustrious career with the Vietnam national and U23 football team since 2017, in no small measure thanks to his style of “papa leadership”.

It was the summer of 2002 – the time the entire country of South Korea erupted like a volcano after our men’s football team defeated Spain’s in the quarter-final of the World Cup 2002. Right after the match, I flew to Vietnam to visit my parents who were living here. Even if it was only my second trip to Vietnam, it was not difficult to see how passionate people here are about football – sitting in streets and cafes to watch football matches every day (and night).

But those same football fans might not have recognised their now beloved Coach Park Hang-seo behind Korea’s success story at World Cup 2002. Indeed, he did not get much attention from the public at the time as he was “only” one of the assistant coaches. Yet, many industry insiders believe that his role, though hidden, was critical to connecting the foreign head coach at the time (Guus Hiddink) and the Korean players as there were communication and cultural barriers between them.

After another milestone of success that Coach Park made at SEA Games 2022, it might be worth revisiting what made him a great leader. 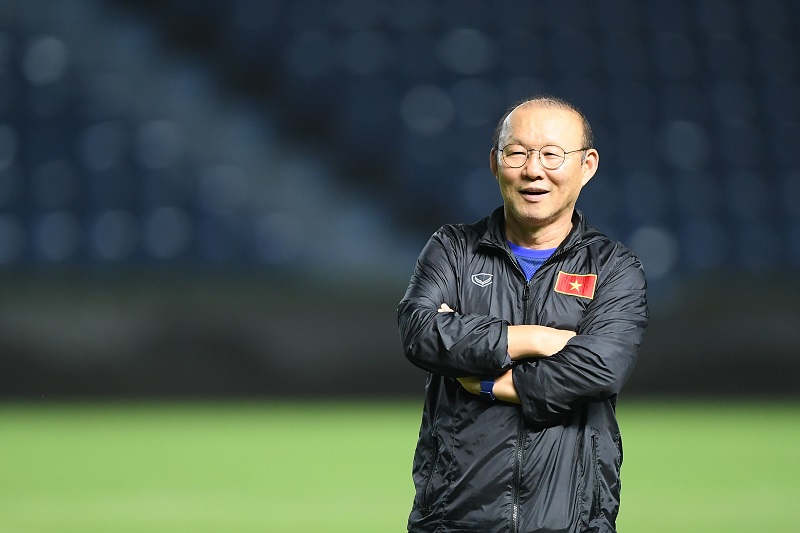 I moved to Vietnam in 2003, and ever since, Vietnam has been a place of comfort and where I can communicate and share my personal values and culture. I see many similarities between Vietnamese and Korean, probably as Confucian values highly influenced the two countries. In fact, leadership literature suggests people in countries with Confucian values tend to expect their leaders to act as their ‘papa’ – or father.

In other words, when leaders have the generosity as well as the ability to communicate and guide as a kind and inspirational parent figure, followers would see such qualities as charismatic and be encouraged to perform beyond expectations.

Coach Park’s leadership style has been dubbed ‘papa leadership’ for this reason. The media has reported numerous anecdotes about his efforts to form a familial bond among the teams he coaches, and about his genuine acts of care and kindness towards his players.

Truly, every time Vietnamese players scores a goal or misses, Coach Park's emotional reactions and gestures on TV touch not only the team but also all audiences. Sometimes he does seem like an overzealous “football dad” who comes to see all his son's matches and cries for every success and misstep.

Yet, just being a kind father figure would not have brought him this much success. During his time at the World Cup 2002, he learned how Guus Hiddink broke the toxic culture of relationships over performance, which had been discouraging players from playing at their best. Coach Park might be a friendly father who makes players smile and bond as one team, but he is also a fair and scientific leader who makes decisions based on facts and fairness, encouraging and sending clear messages of how one’s hard work will be appreciated in practice.

The story of Coach Park might be particularly important for expats who run multinational organisations in Vietnam since it gives hints on how to build more suitable situational leadership with the values of generosity, connectivity, and equal and scientific decisions.

It can also be an important lesson for Vietnamese company leaders, as the dominant form of business here is family-based businesses. This form of business has received a wide range of criticism since it may cause nepotism and favouritism, lowering motivation and performance.

However, having the right family-like leader who treats people fairly and equally could be the best approach to inspiring people to align with organisational success. Research is also suggesting that young generations such as Gen Z are more motivated by fairness and equity, which emphasises the lesson of fair “papa leadership” for business leaders globally as well.

Back to Coach Park, it will be interesting to see how much he will lead the national team moving upward further, and how his “papa leadership” style will catch on. In the meantime, let us continue to share the infectious joy of watching him hopping gleefully and fist-pumping anytime the Vietnam team scores a goal.

Dr Jung Woo Han is Interim Senior Program Manager for Human Resource Management at the School of Business & Management, RMIT University Vietnam. Before joining RMIT in 2019, he worked in higher education institutions from the UK, the US, and Singapore for ten years. He received his Bachelor of Commerce and Master of Business Administration from RMIT University, and Master of Science in Strategic Planning and Doctor of Business Administration from Heriot-Watt University (UK).