At the Italian Design Day 2021, a group of RMIT Vietnam academics and students presented creative concepts to regenerate Ho Chi Minh City’s District 4 port area based on its unique cultures and socio-geographical values.

Drawing from UNESCO, the team positioned culture as a driver and enabler of sustainable economic, environmental, and social development, and directly addressed the National Strategy for the development of Vietnamese cultural industries from 2020, with a vision to 2030.

Among the major challenges were to develop creative ideas for the district without sacrificing its well-regarded social cohesion. According to RMIT Vietnam lecturer Dr Andrew Stiff, even though District 4 has seen new opportunities emerge due to intervention and internal investment from the city, the district’s aura largely remains one of community and close-knit families.

“District 4 is the smallest district in Ho Chi Minh City. Located between District 1 to the north and District 7 to the south, it has developed alongside Ho Chi Minh city rather than with it, in part because the entry and exit points encourage travellers to pass through rather than stop and meaningfully engage with it”, Dr Stiff said.

“Our study focuses on the port areas of District 4 and discovers opportunities to experiment with alternative urban attitudes which can lead to processes, events, and occupations whose legacy would be an inspirational symbol of a sustainable neighbourhood, cohesive city and authentic sense of place. Smart technology and creativity are employed as essential tools for the future sustainable development of a densely populated urban area,” said RMIT Vietnam associate lecturer Mr Kenneth Rabin.

Under the supervision of their lecturers, RMIT students developed their ideas about the future of District 4’s landscape. Through the lens of the city’s young population, four concepts, respectively themed around makers, sports, cultural experiences, and the city’s water heritage, were originated, inspired by the cultural-rich factors of District 4 and supporting the UN’s Sustainable Development Goals. 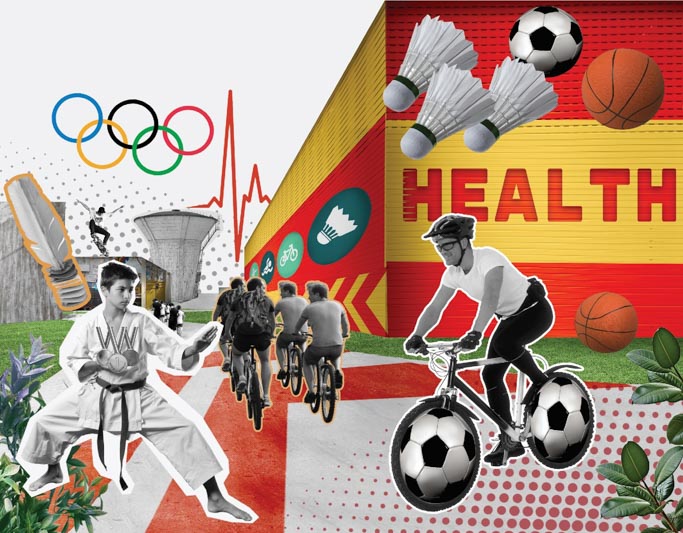 The theme Sport City suggests building a multi-purpose area with different activities and facilities for health and wellbeing and foster inclusivity for the community. 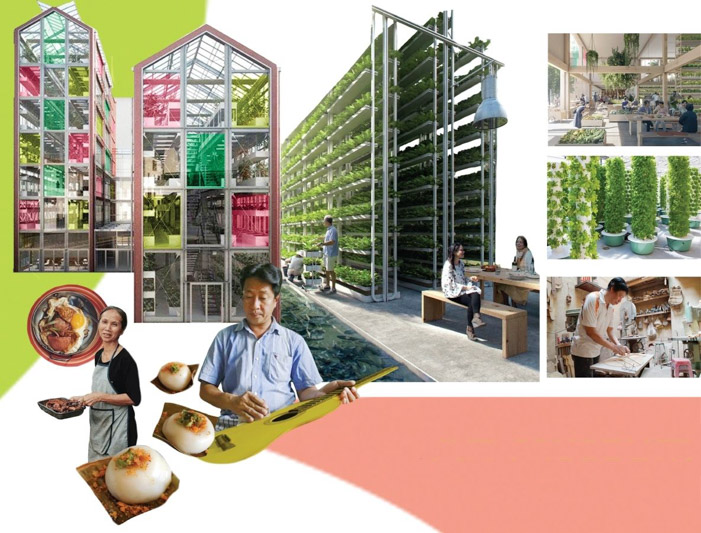 The theme The Walk City looks at the potential for the circular economy and infrastructure design based on sustainable practices for gardening, food production, and transportation across District 4.

“Because the students will be the future of the city, it’s important to give them a voice. This is their city moving forward so we encouraged them to develop ideas that they would like to see, for the advancement of everyone in the community’, RMIT lecturer Dr Justin Battin said.

‘Participating in this project is an eye-opening experience for me. It made me feel more in love with my city’, said Nguyen Vo, RMIT Vietnam Professional Communication student. ‘I have learnt to look a little deeper into the practices that give life to each district and reflect on how we can meaningfully preserve them’.

VFCD 2021 to explore the creative future of Vietnam

The Vietnam Festival of Creativity & Design (VFCD), held from 6 to 21 November this year, aims to create an open, timely and interactive platform for creative individuals and organisations to engage with thousands of people online.

Four years living by herself without support from relatives nor financial allowance, Do Thi Hang still managed to excel academically and make her way to RMIT Vietnam.

Joining RMIT University on full scholarship this year, Dau Hoang Minh aims to take his passion for information technology to the next level.