The Creative Director behind viral campaign Dien May Xanh

The Creative Director behind viral campaign Dien May Xanh

RMIT Vietnam alumnus Chau Chan Quyen says he’s both artist and businessman, but at the moment he may be better known as the creative force behind Dien May Xanh – one of Vietnam’s most viral television commercial series in 2017. 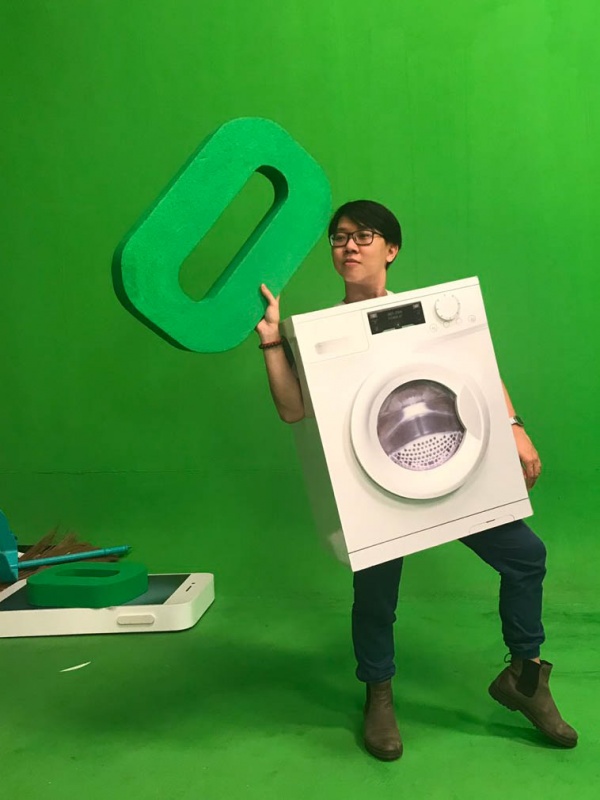 Chau Chan Quyen and his team collaborate on the production of commercials for Dien May Xanh.

Mr Quyen has always understood the impact of art on business and social issues, even as a student in the Bachelor of Design (Multimedia Systems) program at RMIT Vietnam.

He said he loved design in high school, and chose RMIT after being impressed by student creative works on display at the University’s Saigon South campus.

“I liked the program as it was not just about art or design itself, but the art of design, history and current issues,” Mr Quyen recalled.

“It showed students how to adapt critical thinking in approaching an issue and then use art and/or design skills to solve social problems.”

Mr Quyen demonstrated this creative insight through the project Harsh Life of the Emperor which addressed China’s one-child policy and its pressures on young Chinese people. The project was lauded as one of the best in that year’s design class.

A motto from a lecturer inspires him to this day: “Through their creative works, designers deliver messages that can impact on people’s lives and change the world.”

Mr Quyen graduated with Distinction in 2011. Immediately after he began a full-time job at renowned advertising agency Dentsu, a job he secured while working with the company as a design intern during his final year of university.

The opportunity to work at Dentsu and experience the whole creative process has served him well, helping accelerate him along his career path.

“I learnt a lot from professionals from many different countries, and not just creative directors either, but also from copywriters, customer service officers, and others,” shared Mr Quyen, who goes by the pseudonym Quiin on his porfolio.

“Collaborative skill is vital for those who work in the creative industry,” he explained, adding that this skill – the ability for two people to connect – is the meaning behind the double i in Quiin.

To Mr Quyen, each TVC (television commercial) is an inspiring story resulting from hours of collaborative brainstorming, and then persuading clients to believe in his ideas. The series of Dien May Xanh commercials was no exception.

Chau Chan Quyen and his team collaborate on the production of commercials for Dien May Xanh.

“Dien May Xanh’s brief was simple: to enhance its brand identity and to imprint its name in customers’ mind so that whenever they want to purchase electrical household appliance, they’ll go to Dien May Xanh stores,” Quyen shared.

Dien May Xanh’s signature “blue man” (in the company’s branded colour) and jingle were born of hours of discussion and exploration of ideas, along with great customer insights.

After the success of five viral commercials, the 28-year-old Creative Director has decided to take another step in his career by starting his own agency.

“Rather than be purely creative, I consider myself a combination of a businessman and a creator,” he said of his decision to embark on the new chapter in his career.

Discover the future of sustainable materials in fashion

After going viral with his high school textbooks redesigning project while in 12th grade, Tran Lam Nam Bao has won the 2022 RMIT Vietnam Creativity Scholarship. We talked to this talented young designer about his journey to RMIT.

The fourth annual Vietnam Festival of Creativity & Design (VFCD) is taking place in Hanoi from 7 to 13 November before coming to Ho Chi Minh City from 18 to 24 November this year.