The event was hosted by RMIT’s Centre of Digital Excellence – or CODE – a university initiative launched in 2016 to promote digital best practice across Asia. CODE was founded on the pillars of digital impact, inclusion and imagination, and it furthers this mission through a series of projects and public talks.

Mr Carlson’s presentation addressed all three CODE pillars through a focus on emerging changes in the field of education. Entitled Educational digital transformation: can it keep pace with the business sector? his talk described the considerable shifts that have been made in industry across the past century, and what these changes may indicate for the future of education. 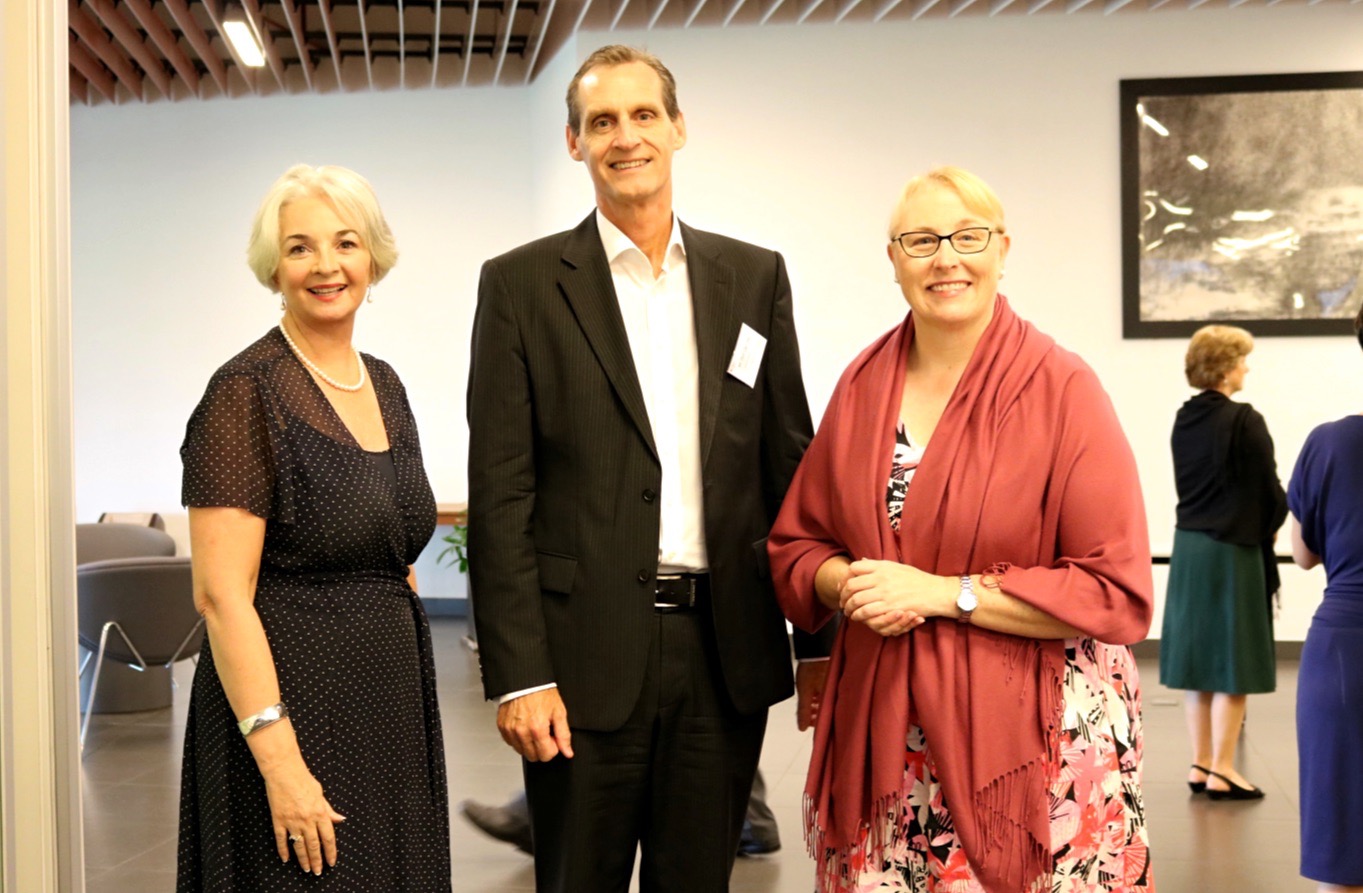 Mr Carlson began his presentation by describing the “digital revolution” that has transformed all aspects of commercial enterprise. He shared examples of technological changes that have disrupted entire industries while introducing new opportunities, such as the automobile revolution in the early 20th century. He noted that a similar kind of large-scale revolution is now occurring in education in the digital sphere.

He then shared suggestions for successfully achieving digital transformation in the education sector. Future-focused thinking, he said, is critical when considering technological improvements: leaders should focus not just on the “how” of achieving change, but of the “why” behind the changes. Mr Carlson also encouraged educational leaders to consider the human resources necessary to bring these changes to fruition; he said that change is driven not just by technologies, but by the people who establish and use them.

Luncheon attendees responded to Mr Carlson’s presentation with enthusiasm and engagement. The event successfully furthered RMIT Vietnam’s goals of promoting digital excellence through CODE, and it helped spark ideas that will impact communities throughout the region.

Disruptive technologies are set to change how we work

The post-COVID workforce will benefit from innovations that start today, said international experts at a collaborative roundtable held by RMIT University and Deloitte.

Students from across Vietnam came together online to learn robotics and coding during an intensive nine-day program, facilitated by RMIT’s Centre of Digital Excellence (CODE).

Fighting virus from outside in

Vaccine production and virus fighting are front and centre in a newly launched video game produced by a Vietnamese game developer and RMIT alumnus.

An instant COVID-19 sensor made in Australia could help transform day-to-day management of the pandemic, protecting frontline workers and the wider community.