Fashion entrepreneur Thu Vu was first inspired to tackle waste in the fashion industry during her time as an RMIT student.

A graduate from the University’s Bachelor of Fashion (Merchandise Management) program in 2018, Thu Vu founded used fashion consignment and sales platform Coco Dressing Room after the business idea came about during an course assignment.

The assignment required her to come up with a retail fashion plan, and from that, Coco Dressing Room was born as a more sustainable solution for the fashion industry. 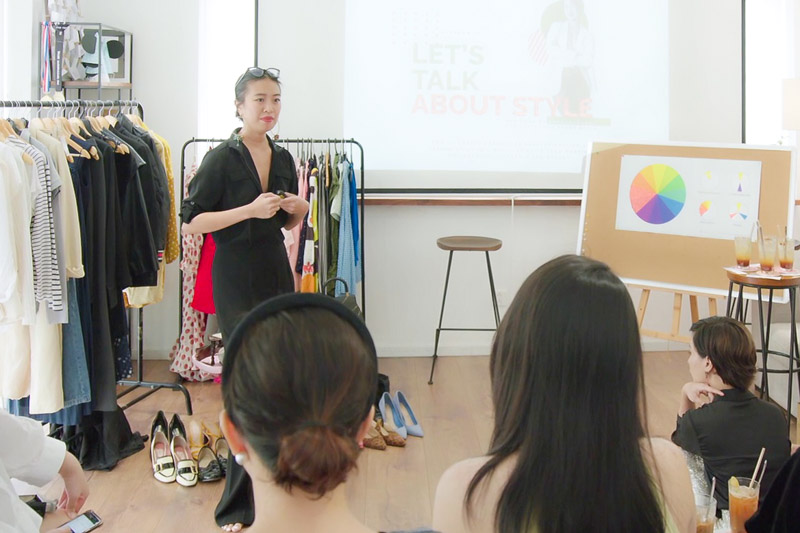 Thu Vu is a fashion consultant and the founder of Coco Dressing Room, a pre-loved clothing platform.

According to Thu, overconsumption is one of the reasons why fashion is having serious effects on the environment.

“Before mass production was predominant in fashion, clothes were made by family members or someone close to us. There were emotions, soul and love in the clothes that we wore,” she said.

“Nowadays, it’s very easy to own a new piece of clothing. We can just go to a store or a shopping centre to buy one without knowing the people who made it. If there isn’t a piece that we want, there will always be another. If we don’t like something anymore, we can just throw it away.

“That’s why I decided to build this platform for used clothing. I hope to give fashion pieces a second life and prolong their usefulness, thus minimising the impact of fashion waste on the environment.”

Besides winning the Discipline of Fashion Award, Thu also secured an internship at a major fashion magazine in Vietnam while still a student.

During her final year at university, she landed a project with a multinational corporation, which introduced her to more job opportunities in fashion event management and fashion consultancy at other big companies in Vietnam.

Looking back on her career so far, Thu said she’s most proud of the fact that she always proactively looks for new opportunities instead of waiting for something to come along.

“Being a business leader now, I also encourage my team to always speak up and raise new ideas. I don’t want them to just listen to me or and follow existing ways of doing things.

“That’s what I learned at RMIT and have applied in my work. I think this is the way to develop future leaders.”

Learn more about Thu Vu’s journey in a new video by RMIT University to mark its 20th anniversary in Vietnam.