As the world seeks to rapidly reduce carbon emissions and mitigate the impacts of climate change, could blockchain hold the answer to a more sustainable future? 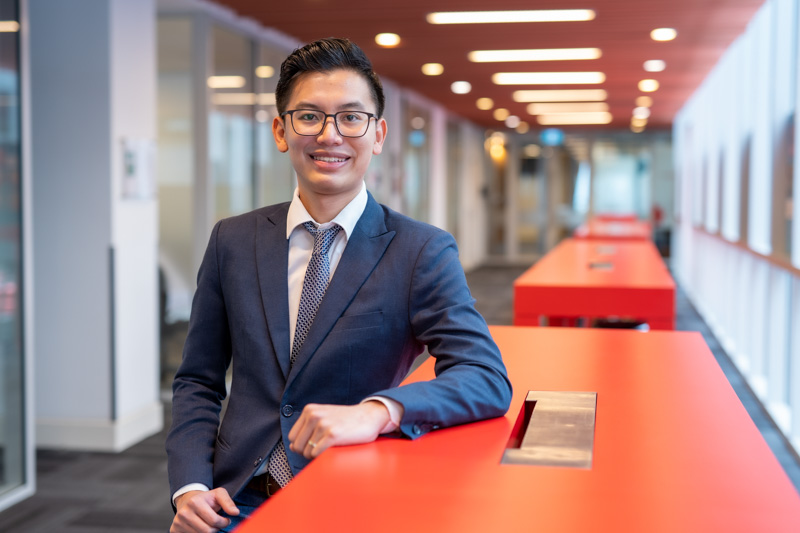 RMIT University Vietnam senior lecturer and the founder of the RMIT FinTech-Crypto Hub Dr Pham Nguyen Anh Huy says blockchain could be a valuable tool to increase transparency in reporting and, in turn, reduce carbon emissions, as nations push to make progress towards the United Nations Sustainable Development Goals (SDGs).

Transparent reporting of these is critical in making real progress on reducing emissions, explains Dr Pham Nguyen Anh Huy, a senior lecturer in finance at RMIT University in Vietnam and the founder of the RMIT FinTech-Crypto Hub.

“At country and regional levels, one critical problem with emission trading schemes is they are susceptible to fraudulent activities, such as carbon-trading frauds,” Dr Huy said.

“At the firm level, environmental, social and governance (ESG) reporting has been crucial to many giant companies but the reporting suffers from non-transparent, questionable and hard-to-trace data.”

Dr Huy says blockchain could be a valuable tool to increase transparency in reporting and, in turn, reduce carbon emissions, as nations push to make progress towards the United Nations Sustainable Development Goals (SDGs).

According to the European Commission, blockchain technology can significantly improve the transparency, accountability, and traceability of carbon emissions.

“With the application of blockchain, firms are also less likely to commit carbon emission fraud because governments can easily track emissions at the firm level in real-time,” explains Dr Huy.

“Blockchain will also help stakeholders use the network effect, transforming individual effort into a network effort that could boost innovations for fighting the impacts of climate change – and subsequently lead to sustainable development.”

One example of blockchain innovation for mitigation is how the technology could help hundreds of millions of people impacted by tropical storms.

In emerging economies like Vietnam, people often suffer from tropical storms without adequate insurance protection, and even for those who are covered, many insurance claims are refused if the damage is caused by a natural disaster.

Dr Huy is mentoring and advising on a new project to develop a blockchain-based parametric insurance platform for tropical storms.

The project, led by Hillridge Technology, was recently awarded a US$200,000 grant by NEAR Foundation, one of the world’s biggest blockchain foundations.

The platform will be piloted in Vietnam, where around 7.7 million people were impacted by typhoons last year.

According to the Office of the UN Resident Coordinator in Vietnam, 1.5 million people were directly affected, and 177,000 were considered vulnerable and required humanitarian assistance.

Dr Huy says the project will provide a weather-based technology that improves the coverage and quality of insurance for farmers and others, going well beyond current crop or livestock insurance.

“We’re using a global weather oracle and smart contracts – an application of blockchain – for settlement of insurance claims. The premium is based on the short-term risk of bad weather and is tailored to the insuree,” he says.

New initiative opens the front door to the digital economy

RMIT University has launched Digital3 – a new approach to business education, linking industry and research to address the ways of working in the rapidly growing digital economy.