The COVID-19 pandemic could be accelerating the case for blockchain as a new economic infrastructure. 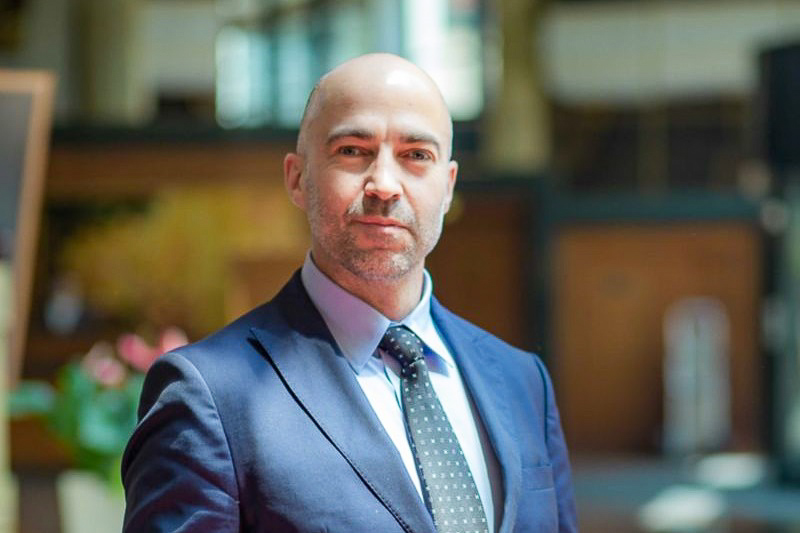 Director of RMIT’s Blockchain Innovation Hub, Professor Jason Potts believes that COVID-19 is accelerating the case for blockchain as a new economic infrastructure.

He described the world as being in the middle of a “creative destruction process”, where many jobs, firms, markets, and industries will partly or fully disappear.

“We won't get to see the full force of that creative destruction for another three to six months, when we realise which firms have gone bankrupt, which bills aren’t being paid, or which jobs aren’t coming back,” Professor Potts said.

At the same time, there is increased demand for new digital products, online business models, and skillsets to facilitate digital interaction.

Traditionally face-to-face activities like education, healthcare and consulting have transitioned to the digital space. Labour has become ‘digital goods’, and with that, there’s been an increased demand for reliable credentialing and licensing solutions.

“COVID-19 has rapidly accelerated the shift from an industrial to a digital era. The new digital economy is more decentralised, making it harder to manage and monitor.

“We need digital infrastructure to match this move, and this is where platform technologies like blockchain come more into play,” he said.

Blockchain as the new economic infrastructure

There are a number of prominent uses for blockchain in the new economy. One of which is integrating identity checks with medical records to prove that people are healthy enough to go to work or travel. Passport technology might also evolve to include not just a person’s name, nationality, place and date of birth, but also health status.

“Blockchain can be a key part of identity management systems as it offers high transparency and traceability,” Professor Potts said.

According to Professor Potts, the recent panic buying and supply shortages witnessed in many countries could have been reduced if more transparent supply chains had been in place.

“What [the systems] lacked was the ability to look into a supply chain and easily point out where things were located and in which quantity. Being able to prove that something exists in a supply chain is incredibly important.

Central bank digital currencies (CBDC) are another emerging blockchain application. Inspired by Bitcoin and similar blockchain-based cryptocurrencies, CBDC can be issued by governments instead of physical cash to make fast targeted payments to citizens and businesses, aiding them in times of crises.

China and Sweden have been accelerating this application, and Professor Potts expects to see more interest from other economies in the next couple of years.

“What governments have realised worldwide is that they need direct infrastructure to not just receive, but also to make payments. They have gained a quick lesson in the importance of high quality digital monetary infrastructure.

“The significance of this is that if the central banks and governments start using digital currencies, so will everyone else,” Professor Potts said.

Commenting on the relatively low adoption of blockchain in Vietnam and worldwide so far, the RMIT expert stressed that “what we are seeing is a massive increase in the demand for blockchain and a realisation that things would be very different if a lot of this infrastructure was already in place”.

“This is not a temporary shock that we can bounce back from and revert to the ‘old normal’. This is a permanent change in how the global economy works,” he stated.

Professor Jason Potts was the keynote speaker at the webinar Blockchain in the age of COVID-19 organised by CODE, CPA Australia and AusCham in July 2020.

Director of the world’s first social science research institute on blockchain, Blockchain Innovation Hub, Professor Jason Potts specialises in the economics of innovation and new technologies at RMIT University. Professor Potts and his team have pioneered the new field of institutional cryptoeconomics to explain the economic impact of blockchain technology. He is a top world expert and author of various publications in this area.

Is a low touch economy the solution in a post-pandemic world?

A fresh RMIT software engineering graduate left his mark at a conference organised by the world’s largest technical professional organisation IEEE, through an application within a research paper.

New research from RMIT pinpoints a lack of credibility as one of the key reasons young Vietnamese people disengage from social media.

RMIT’s School of English and University Pathways (SEUP) is the first English centre in Vietnam to receive quality endorsement for its approach to online teaching and learning.

While gold has long been considered a safe-haven investment in uncertain and highly volatile markets, two RMIT University finance specialists say it’s important for investors to think cautiously, understand their goals, and increase their knowledge about how gold investments work to make sure it matches their tolerance for risk.