Despite Vietnam’s success in resisting the health impacts of COVID-19, the economy has suffered and it’s the workforce that may face the worst impacts of the disease.

Figures from the Government Statistics Office’s recently released Labour Force Survey,  for the second quarter of 2020, show that nearly 31 million Vietnamese workers have been negatively affected by the pandemic.

Most workers remain employed but their income was reduced because of lower levels of economic activity (affecting 72% of service sector workers), and fragile supply chains (affecting 67.8% of industrial production and construction workers). The percentage of affected workers in the agriculture, forestry and fishery sector was 25.1%.

Overall, the labour force was reduced to 53.1 million people, down 2.4 million compared to Q2 2019. This is the biggest year-on-year decline since the quarterly survey started in 2011.

RMIT’s International Business Program Manager, Dr John Walsh, commented that “although all sectors of the labour force were affected, women and people in remote areas were particularly badly struck when households had to choose who to support and who would lose work.”

“Rural households can absorb some returnees from urban migration, employing them in part-time jobs, but this often means women workers are displaced as a result.”

The survey found that in general, workers with higher levels of education fared better. People in the cash economy were more badly affected because many activities in urban areas – for example, street vending – were restricted by lockdowns and they had no employers to make alternative arrangements. 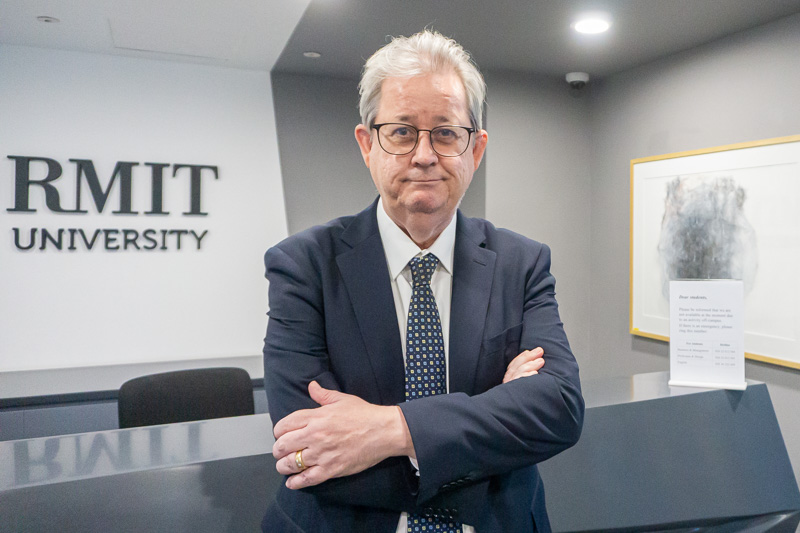 RMIT’s International Business Program Manager Dr John Walsh analysed how different segments of the workforce have been hit by COVID-19.

Dr Walsh pointed out that millions of people who had intended to go overseas to work in Japan, Taiwan and South Korea were unable to do so because of travel restrictions, while many who had previously worked there have returned home.

“The money that they would have earned has ceased and with it comes a loss of foreign remittances to Vietnam. The new skills, competencies and network relationships they could have brought back to the Vietnamese economy have also been put on hold.”

“To reduce this vulnerability, the government might think more about shifting the focus of production so that more Vietnamese people can consume the goods they produce in the country,” Dr Walsh said. “The policymakers should look into ways to increase the minimum wage and the skills and education of local workers to justify that increase.”

Moreover, Dr Walsh believes offering more support to workers in agricultural production would help reduce the vulnerability in this particular segment of the labour force. He suggested providing more knowledge and resources to projects that will increase value of individual items and brands, and distribute them regionally and internationally.

“At the moment, there is only a limited amount that the Vietnamese Government can do to weather the forthcoming global depression,” Dr Walsh said. “The government’s plans for GDP increases have already had to be reworked and things might get worse before they get better.”

He added that uncertainties around the arrival date of a vaccine for COVID-19 and possible new waves of infections might complicate any such plans.

“In countries around the world, the populations have become hostile to the thought of people from other countries, including migrant workers, coming to them and threatening new outbreaks of disease.

“It will be helpful to find ways for people to stand together in understanding the situation facing them and working together to support each other,” he said.

Dr John Walsh is International Business Program Manager from RMIT’s School of Business & Management. In addition to the UK, Dr Walsh has lived and worked in Sudan, Greece, Korea, Australia, United Arab Emirates and Thailand, before moving to RMIT Vietnam in October 2018. He has conducted research and published widely on a range of international business subjects, particularly as it relates to the Greater Mekong Subregion. He received his doctorate from Oxford University for a thesis concerning international management in Northeast Asia.

Is a low touch economy the solution in a post-pandemic world?

Academics from RMIT University have proposed a ‘low touch economy’ for Vietnam as a strategic response to COVID-19.

The new partnership between RMIT University and VinAcademy of Education and Training saw its first cohort of students commence last month.

With millions of students learning online amid the COVID-19 pandemic, researchers have been investigating effective ways for educators to give feedback to students studying remotely.

The decision to propel divestment of Vietnamese state-owned enterprises in the second half of 2020 is welcome news to investors, according to Dr Burkhard Schrage from RMIT University.